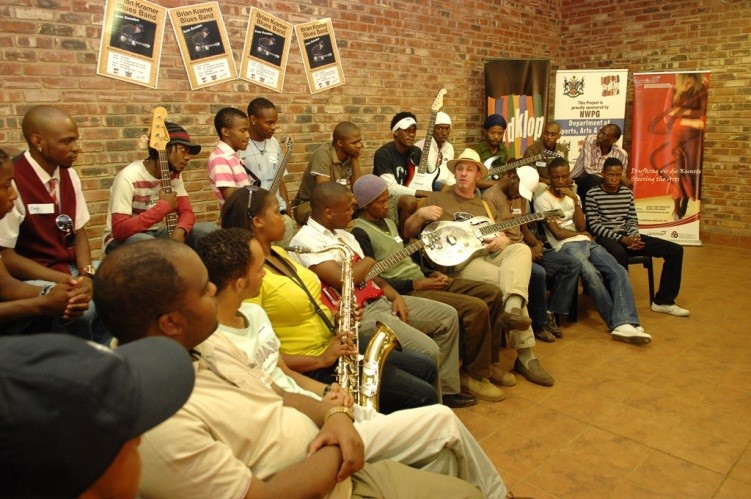 The Institute, in collaboration with Aardklop, undertook this project in 2007 in the capacity of project managers. 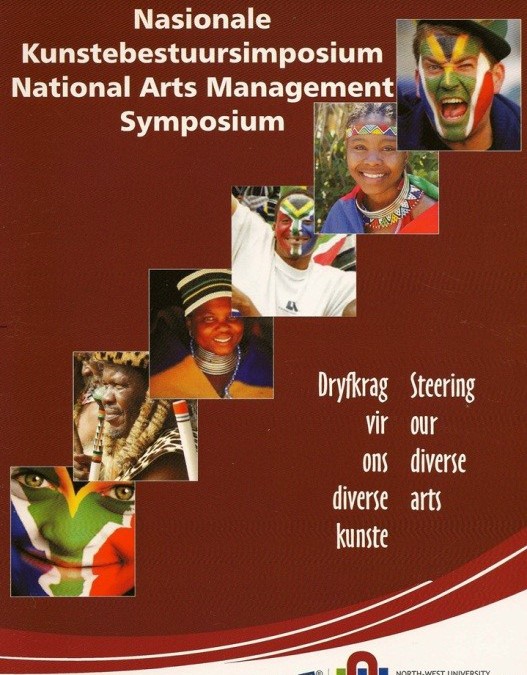 The three National Arts Management Symposia presented by Artéma from 2006–2008 was the first of its kind within the arts environment in South Africa.

Artéma, in association with the ABSA KKNK and ATKV, is a founding partner of the Klein Karoo Arts Academy. This academy’s first project was executed successfully at the end of August 2008. 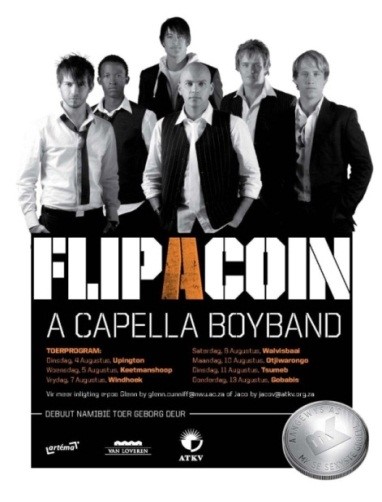 On request of the ATKV, Artéma arranged a tour to Namibia for the well-known a cappella group Flip-a-Coin. 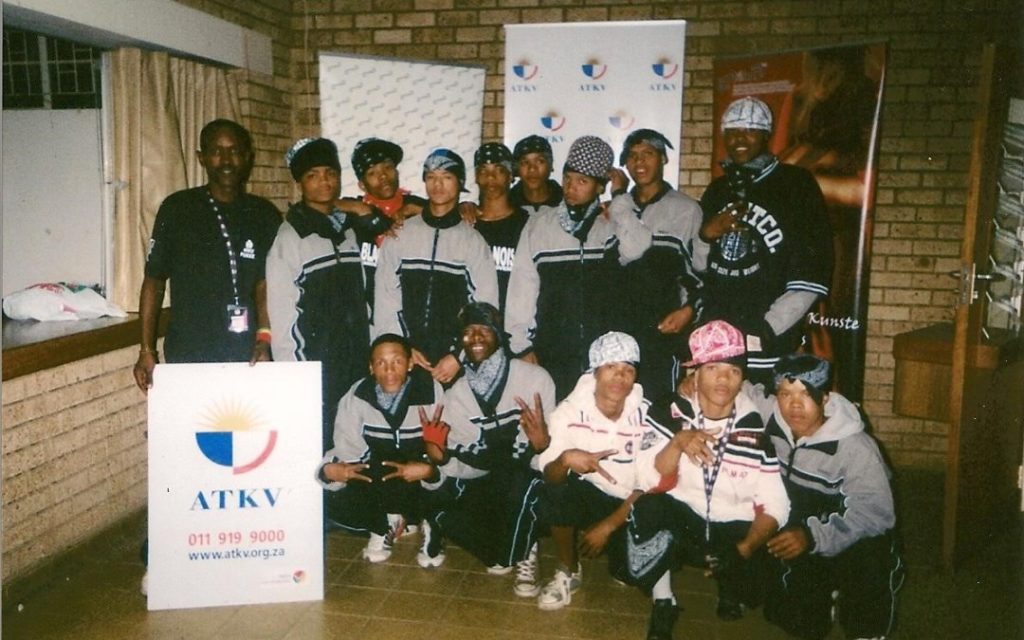 The ATKV had this project since the Aardklop National Arts Festival came into existence in 1998 until 2010. This project focused on basic arts development and exposure to the arts for the community of Promosa outside Potchefstroom 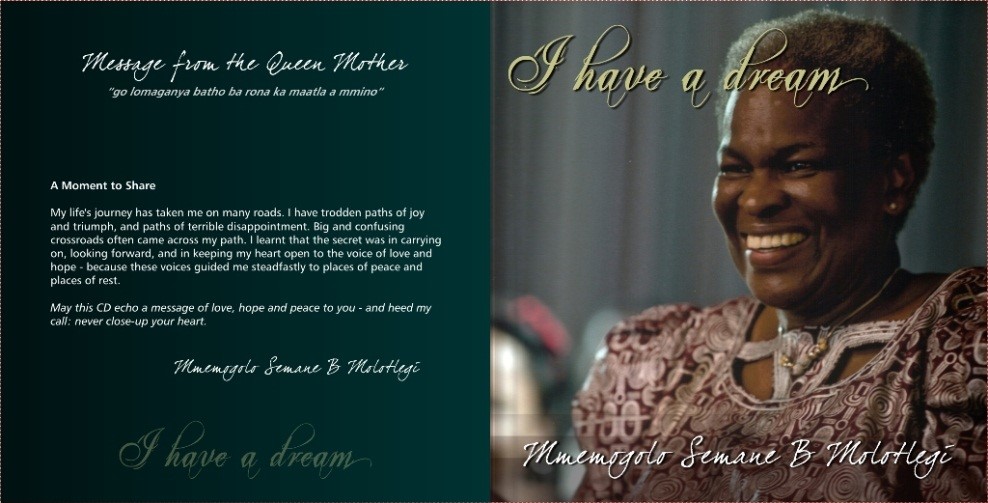 A conversation with the queen mother of the Royal Bafokeng Nation, Mmemogolo Seremane Molotlegi, led to a meeting where it was decided to record a CD at the Artéma Recording Studio. 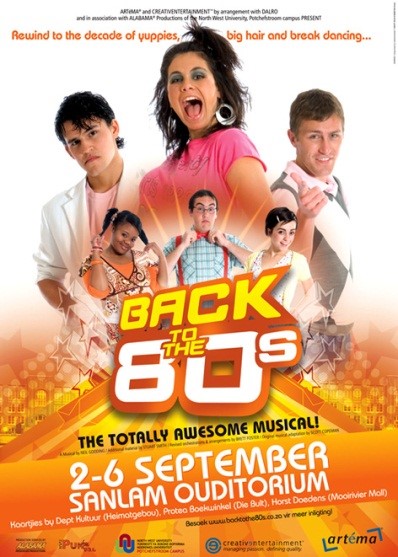 Artéma, in co-production with Creative Entertainment, presented this musical on campus at the beginning of September 2008. We believe it was the right product and that it was performed at a high standard, but the ticket sales, in spite of intensive marketing, told another story. 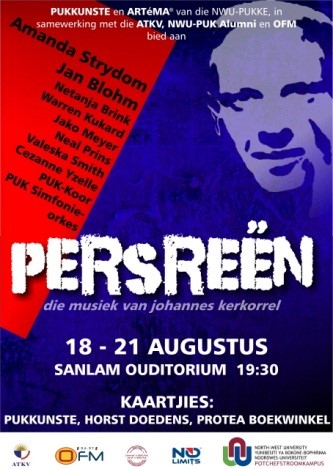 One of our greatest and proudest highlights of 2010 was the planning and execution of the production “Persreën” about the music of alumnus Johannes Kerkorrel. 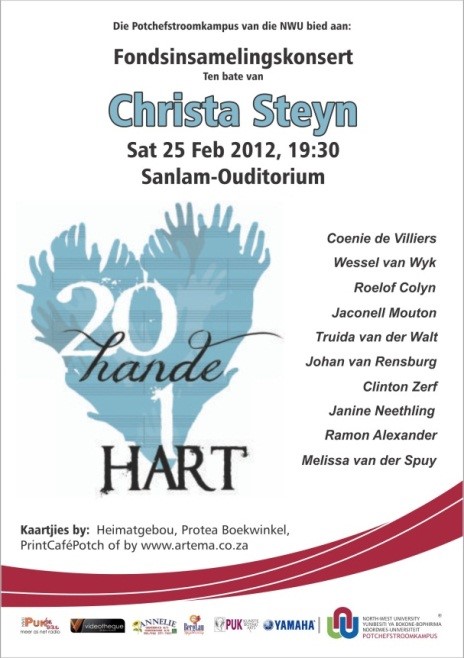 The Potchefstroom Campus of the NWU, under the patronage of the Office of the Rector, held a fundraising concert in aid of alumnus, Christa Steyn, on 25 February 2012 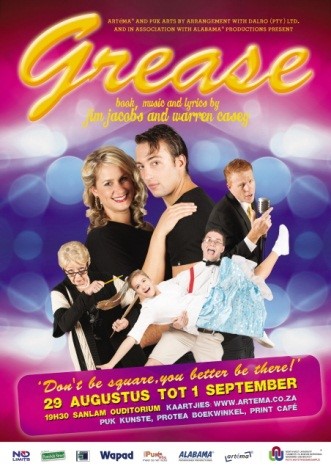 Brylcreem, combs and chewing gum took the campus by storm during the last week of August 2012 with the evergreen production Grease presented by Artéma and Alabama Productions, produced in association with PUK Arts.